Of the many projects done after I purchased Swallow was having the rig tuned and having the boom repaired. 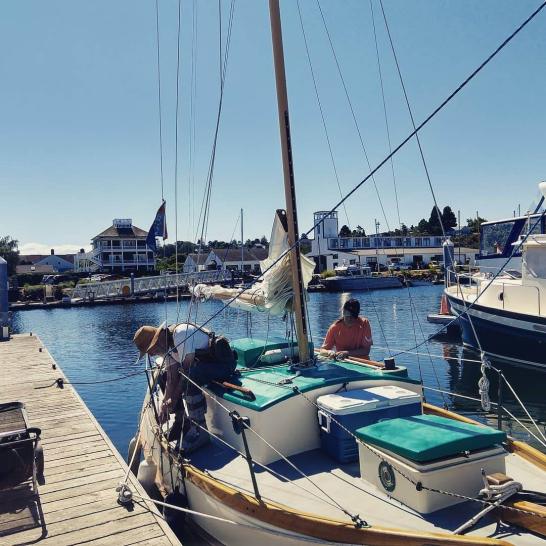 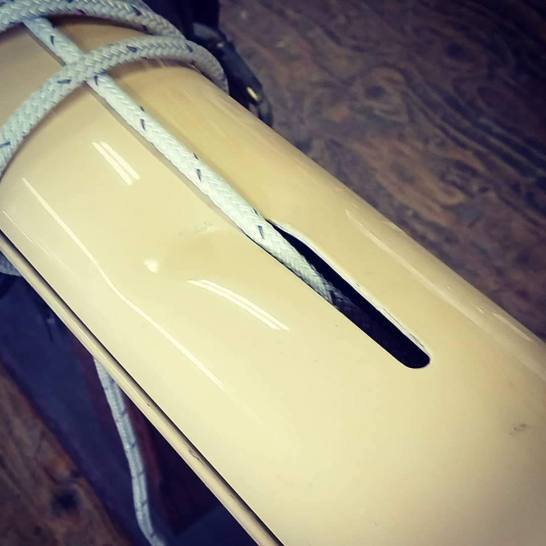 I noticed that the boom had a ‘ding’ during my inspection.  Upon closer looking the ‘ding’ became a crease and the crease a slight bend.  When the rigging was tuned it was agreed the boom was unsafe and needed to be repaired.

The patch in place.

Biron and Julie were great to work with and very willing to instruct on the tasks they were doing so I became a more educated sailboat owner.  Biron has published many books and DVDs on rigging and is a great resource –

With a patch, and some money out of my bank account (cash well spent!), Swallow’s rig is now in sailing condition.