Went to Ladysmith, Vancouver Island, and was able to sail most of the trip. Departed Annette Inlet, Prevost Island, expecting to have a good strong northerly. Nope, it was a light northerly. Was able to sail a good distance and as the wind fell to nothing had a great lift along the Saltspring Island shore.

Motored the final bit into Clam Bay where I anchored in the northwest corner along Thetis Island. Others did the same as an overnight northerly was forecast.

Hardly any wind blew until about 8am. A chop did come around the eastern shore of Thetis starting about 3am so wind must have been blowing in northern Stuart or Pylades Channels.

Departed Clam Bay at 9am in a rising wind from the north, though the early morning chop had settled. Once clear the bay raised a reefed main and set the headsail at 90%. SWALLOW surged along as I tacked north.

After a half-dozen tacks was able to clear the north end of Thetis and set SWALLOW on a reach. She surged ahead at 6.5 knots under full genoa and reefed main. 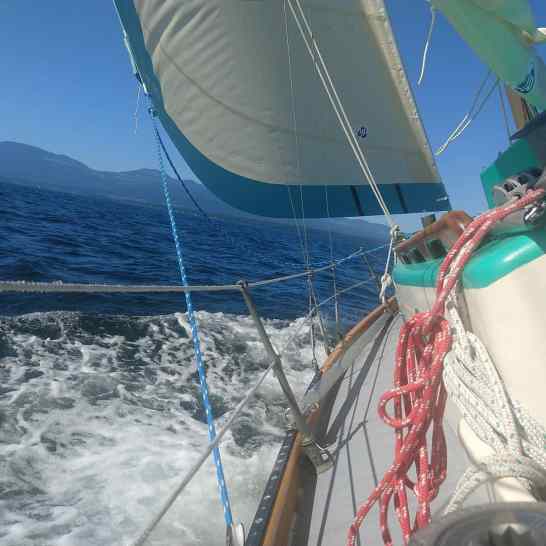 The reach became a run as I headed south in Stuart Channel towards Ladysmith. Turned NW after passing Coffin Island and Evening Cove. The wind allowed for a reach up to Slag Point where dropped sail and hailed for SWALLOW’S slip assignment at Ladysmith Community Marina.

I ate a quick lunch, peanut butter sandwich & an apple, and met up with a couple that owns a Sage 17. I assisted in answering some questions and they were good enough to shuttle me to do some shopping followed by a nice dinner at their home where they offered me the use of their laundry room and to take a shower. Such nice people! Thanks Ian & Lizzie!!

The next morning departed Ladysmith in a light northerly that died halfway to Tent Island. One past Sandstone Rocks the wind returned in Houstoun Channel. A few tacks and past Southerly Point on Saltspring Island became a downwind run. The wind went slowly lighter till SWALLOW was going backwards against the NW current in Trincomali Channel.

Rolled up the genoa and motored for a half-hour when the wind came up again, though light, from the north. Off motor and out sail! Able to slowly sail all the way to the entrance to Captain Passage where I caught a backedy and sailed at 3-4+knots with only 2 knots of boat speed. Reached all the way to the entrance of Annette Inlet where I found it full of boats. More than I’ve seen all summer! I was able to find a place to anchor and settled in after three days of good sailing and visiting friends at Ladysmith.

Thus far the Labor Day weekend hasn’t been all that crowded. Fewer boats than the day SWALLOW returned to Annette Inlet from Ladysmith. The weather has been on the cool side and rain has been in the forecast (though it has only fallen for about 30 minutes Saturday morning). 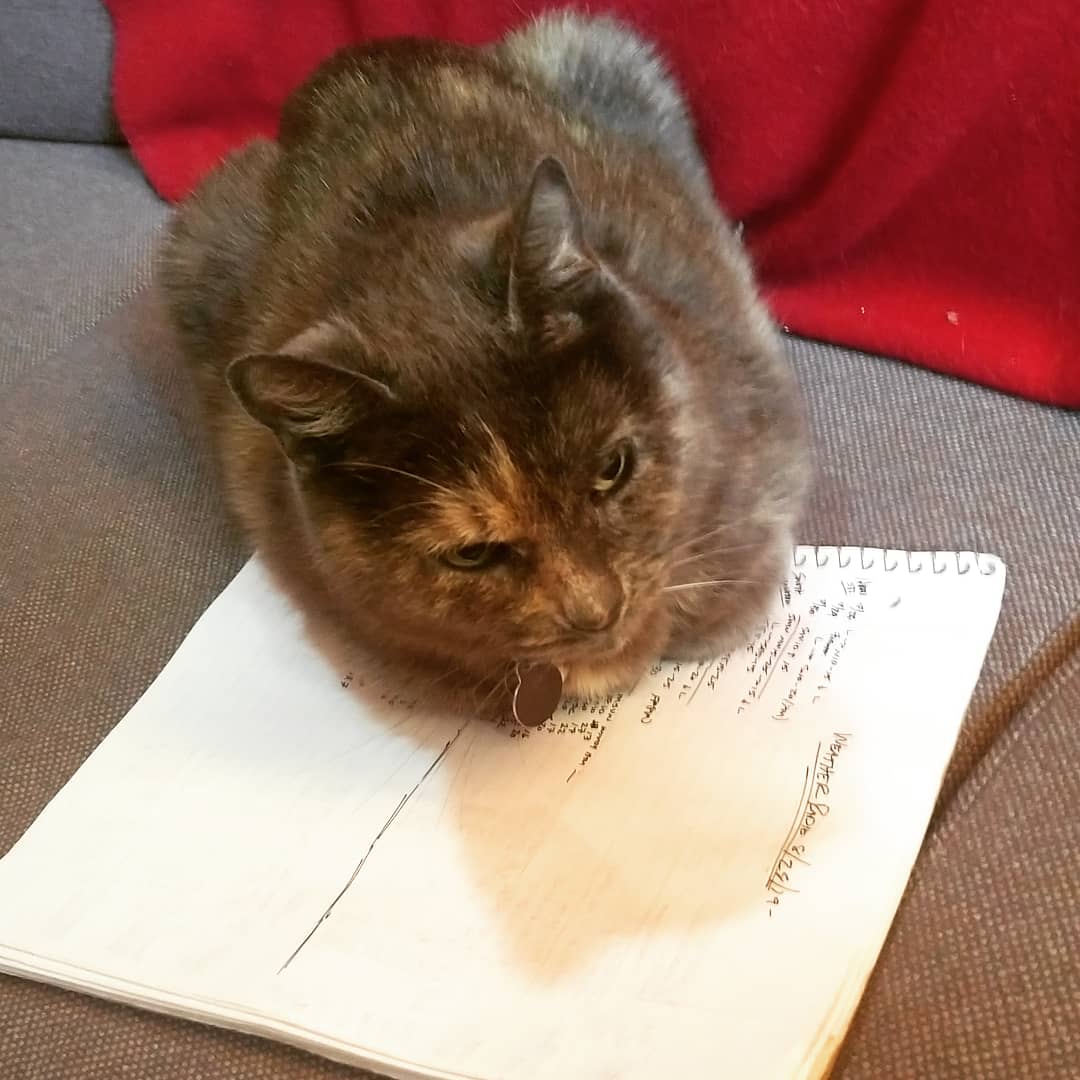